Event poster art is a unique subgenre of the overall art scene, and somewhat reflects elements of the time in which they were created. Gary McGarvey (aka Horse), is able to capture the essence of the artists he creates posters for, and is one of the most sought-after music artists in the UK and Ireland. His art has promoted everything from Bjork to Scroobius Pip. Chilly Gonzales liked Gary’s poster design for last year’s Liverpool show so much, that he used it as the cover and theme for “The Unspeakable Chilly Gonzales”.
In preparation for Gonzales’ upcoming Liverpool show, Gary has again created a poster that reflects many elements of Gonzales and his music.

Gary usually is able to sell prints of his posters; no word on if or when this one will be available. 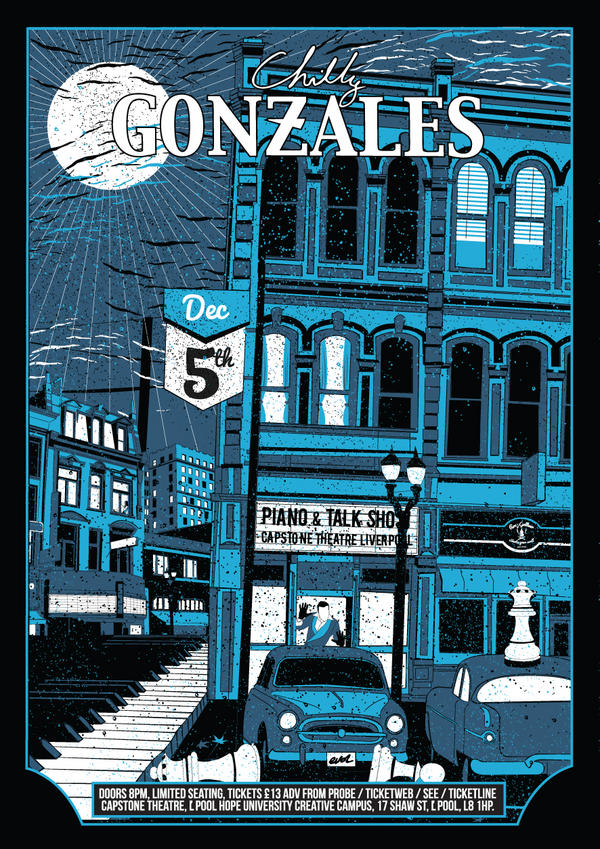